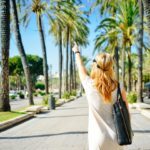 Remember being carefree and fearless? Remember listening to Crosby, Stills, and Nash, Sweet Judy Blue Eyes? “Don’t let the past remind you of what you are not now.” Well, here we are!

“Old age isn’t for sissies” was first noted by Bette Davis but has been quoted by many. Someone has also said that the older you get, the more you need a sense of humor. Both of these quotes remind us we are on a path together. It’s a little scary, but it’s better than being six feet under.

What complicates things is if we have an attitude of bitterness. I did home healthcare, and one of my clients had MS. Of course, she was disappointed and angry, but she didn’t allow it to make her bitter.  She was frustrated but eventually accepted her fate. I went out to lunch with her and her husband one day. Try as she might, she could not guide her spoon to her mouth. Her hand guiding her utensil was not getting a signal from her brain. It went to the left of her head and then to some other unknown destination. She tried, but her hand would not cooperate. I turned to her with concern, and she started laughing as she tried again. I don’t think I ever admired her as much as I did then. She could have cried, gotten angry, and embarrassed, but she laughed.

Bitterness is not necessarily the opposite of humor, but it’s certainly close. Sure it starts gradually. Slow and easy so as not to frighten you. But sooner or later, you have to face the fact you’re getting older. MS doesn’t just happen. It gradually sneaks up on a person until they are bed-bound. A victim can try to postpone the inevitable, but it comes. Not much different than old age. Before you know it, you don’t recognize the face in the mirror, and your skin is hanging in wrinkles. Bitter or humor?

Let’s choose humor and not add lines of bitterness to our faces. Let’s forgive ourselves for the mistakes we have made and make the best of the life we have now! In my case, I have invested in creams and collagen to combat lines of bitterness that have already taken over my face. I’m working on laugh lines now and crow’s feet. I’ve changed my mantra from “old age is like Russian roulette. We know there will be shots (illnesses, age-related conditions). It’s just a matter of which one is going to take us out,” to “I’m like a fine wine, the older I get, the better I am.”  The joy of being Sherry! The joy of being you!